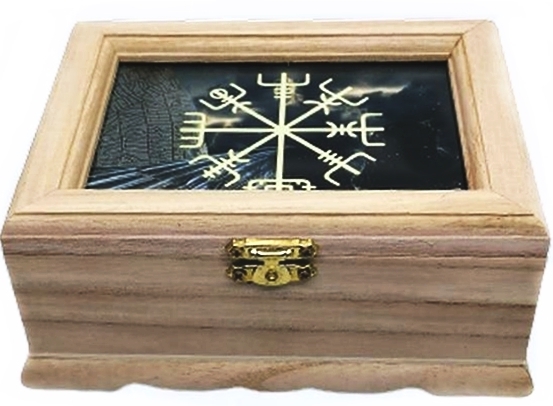 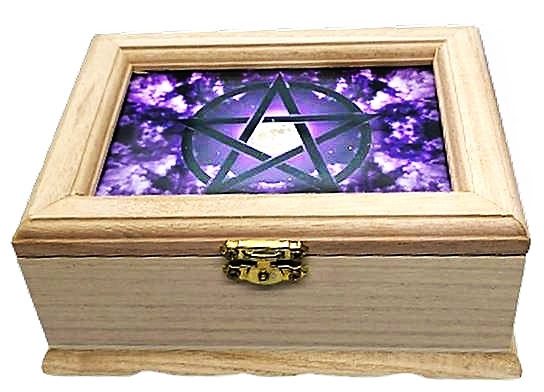 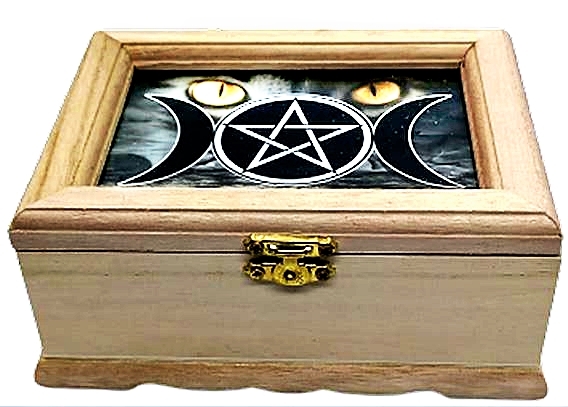 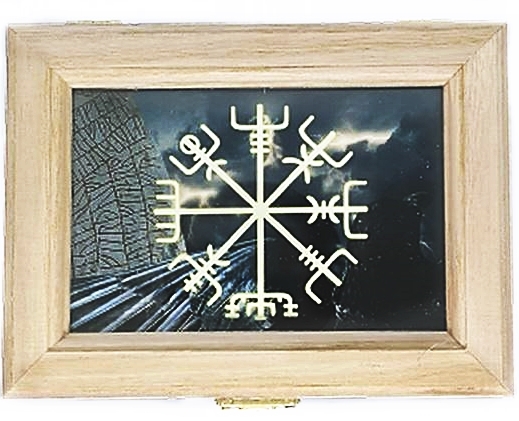 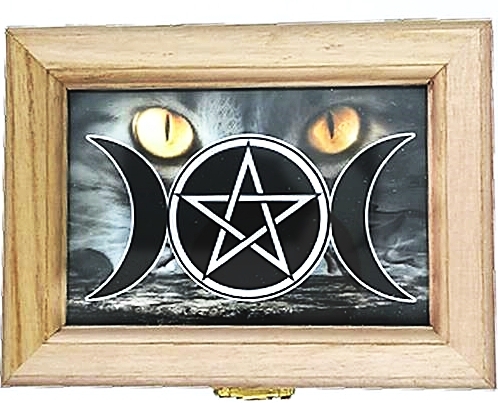 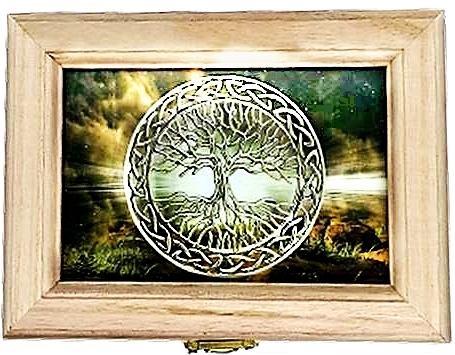 Box with symbol under glass

The Aegishjalmur / Vegvisir was and is a powerful protective amulet. For the Vikings it was a symbol of order and perfection. It was once one of the most important amulets in the Nordic countries, for example to obtain magical powers. It was also able to help its wearer to successfully complete all tasks at hand and gave him the gift of creating order out of chaos.

The triple moon motif represents the Goddess, the Great Mother, who, like the moon, appears in 3 aspects: as a virgin, as a mother and as an Old Wise Woman. The moon, which appears as a waxing virgin moon in the sky, finally round and full, like the mother, just before giving birth. Finally it wanes, to be born again with the new moon. An eternal cycle, just like the cycle of life.

The pentagram, in its upright form, symbolises the harmony of the elements. In its inverted form it is called, among other things, Drude's Foot, Pythagorean Sign, Pentagramma, to name but a few. A mystical symbol of mysteries, of the perfection of the universe.

The Tree of Life, also known as Irminsul or the World Ash Yggdrassil, is an ancient symbol, existing in many myths, for the world axis. Also called The World Tree, it connects the three planes of heaven, earth and underworld. In Germanic/Nordic mythology it is the ash tree (sometimes also yew, more rarely oak) "Yggdrassil".

This pretty wooden boxes with Celtic, Icelandic, Nordic and Wiccan symbols on the lid is excellent for storing small items such as runes, pendulums tarot cards etc. You can also use the wooden box with symbol under glass as an altar box.