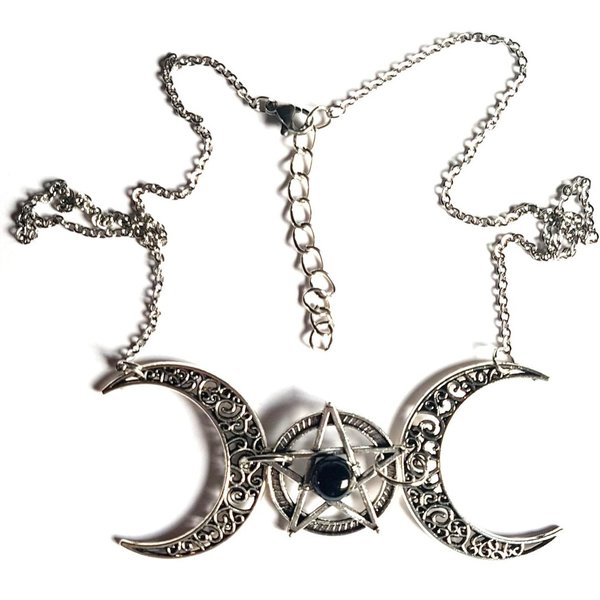 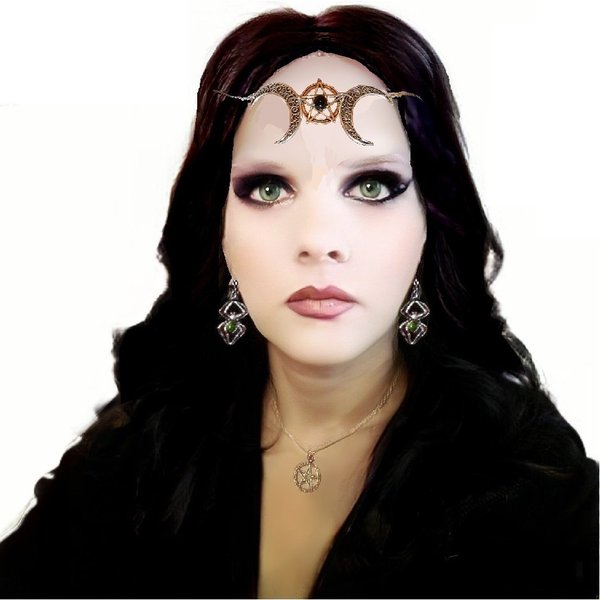 Diadem Triple Moon with pentagram, made of metal with adjustable chain, can also be worn as a necklace. Dimensions: 85 mm x 37 mm, total length with chain: 56 cm.

The triple moon motif represents the goddess, the great mother, who, just like the moon, appears in 3 aspects: as a young girl, as a mother and as an old wise man. The moon, which appears in the sky as a waxing, virgin moon, finally round and full, like the mother, shortly before birth. Finally, it wanes in order to be born again with the new moon. An eternal cycle, just like the cycle of life.

The pentagram is the most important and strongest magical protection symbol that our ancestors already knew. It is the most important symbol in witchcraft, sorcery and magic. It is also used as a sign of banishment against evil. In its upright form, it symbolises the harmony of the elements. In its inverted form it is called e.g. pentagram, witch star, pentagramma, to name but a few.