Your basket is empty.

All Categories Witches sabbaths in the year circle Midsummer 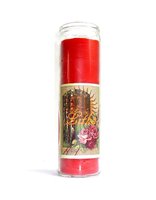 But before this happens, there are many ideas to celebrate Litha (between June 20th and 26th):

Like having a great barbecue with your friends. You could also prepare delicious salads from fresh vegetables, such as tomatoes, lettuce or parsley from your garden, if you have one. Afterwards, light a fire.

Then you could perform a ritual, use St. John's wort as incense and burn it in the fire. For it is said that at the summer solstice, smoked, it should protect against lightning and fire and be used for love oracles. It has a mood-lifting effect and has been used for centuries as a healing herb against many diseases.

This is also a good day to collect St. John's wort yourself, as it is said to have its highest effect on this day, just like many other herbs.